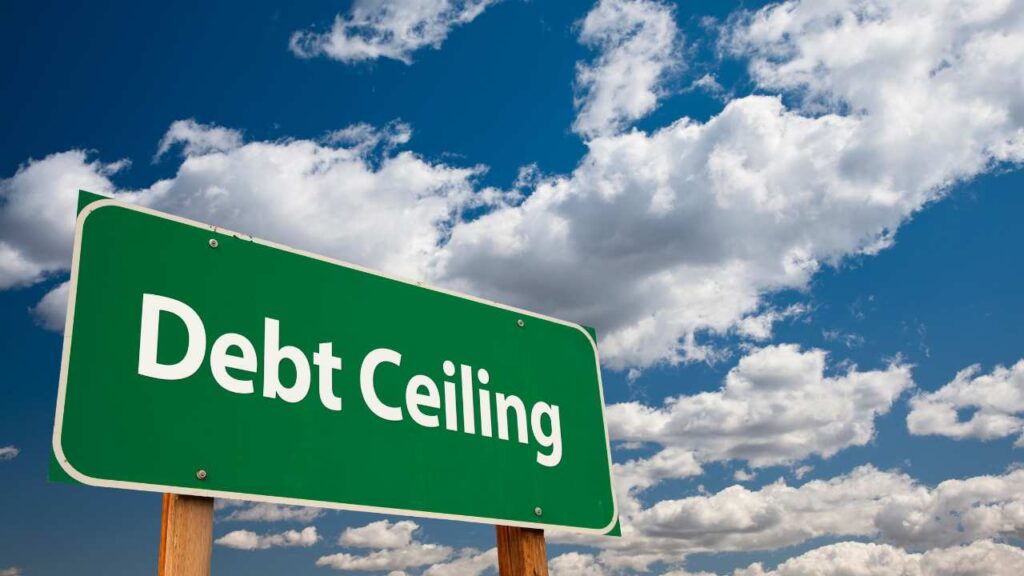 Alternatives to the G fund -
Even when the Debt Ceiling is not threatening the G Fund:

Alternatives to the G Fund:

Before I get into the Debt Ceiling and its relationship with the G fund, I first want to begin by sharing
how I help clients re-create G fund benefits outside the TSP.

Here’s what investors love about the G fund:

These fixed accounts offer the following:

For those who are constructing your conservative bucket, this is something you should take very
seriously.

This G fund alternative has always been there, but G fund investors are only now beginning to appreciate them because the G fund is being threatened by the Debt Ceiling.

The U.S. government is supposed to fund its spending through its various sources of revenue (mostly tax revenues, and other fees). When government revenues are not sufficient to cover the government
spending – in other words, when there’s a deficit – the government needs to borrow money to pay for its
spending. This is what causes government debt.

The U.S. government has been running a deficit since 2001. The average yearly deficit since 2001 is
about $1 trillion per year. Meaning it spends that much more money than it receives in taxes and other
revenue. To make up the difference, it has to borrow to continue to finance payments that Congress has already authorized.

Is there a limit to how much the U.S. Government can borrow?

Yes, there are two limits – a natural limit and an arbitrary limit:

A Natural limit is when people simply won’t lend money to the government anymore. Just as an
individual can borrow money only if people are willing to lend them, so too, the U.S. Government can
only borrow money if people or other governments are willing to lend to them. This natural limit is
based on a borrower’s credit-worthiness. If a borrower is worthy, they will likely find lenders. If they are
not worthy, they will have trouble finding lenders.

The U.S. Government is considered credit-worthy because of it’s ability to raise tax revenues or even
print money. But even this government worthiness has a limit (just think of Venezuela or Sri Lanka –
would you lend them money?). Raising taxes only helps if there’s money to tax. If taxes are too high,
people’s income may falter, jobs may be lost, and then there’s less tax revenue to pay the debts.
Printing dollars (or minting a trillion dollar coin) will allow the gov’t to pay back its debt, but the result is
a devaluation of the dollar, which decreases the value of the dollar the lenders get back. The decreased value decreases the real benefit a lender reaps when lending to the government, and will dissuade future borrowers from lending to the government.

An Arbitrary limit is what we’ve come to know as the debt ceiling. The government just agrees to a
dollar amount that it cannot borrow beyond. (The assumption is that the ceiling is not totally arbitrary –
there must be some method to determining the amount – but since no one enforces the debt ceiling, it
is understood as an arbitrary measure.)

What happens when we reach the Debt Ceiling?

Since the debt ceiling is arbitrary, nothing intrinsically happens when it is breached. However, the
artificial limit comes with artificial consequences – the gov’t no longer has permission to borrow money
– and if it cannot borrow, it no longer will be able to afford it’s spending and obligations. That either
means it has to stop spending, or it needs to default on its obligations, or both. (Or it can raise taxes or
print money, as described above.)

If the Government can’t afford its obligations, does that mean my government bonds are no longer paying interest?

Even though the government has no money to pay its obligations, however it can pretend to have
money using a trick known as “extraordinary measures.”

One of the “extraordinary measures” is “spending” the G fund money on government expenses and
obligations.

I say “spending” in quotations because the government is not removing any money from the G fund to
spend, but rather is viewing the G fund money as money it could spend. This is an accounting trick, and in order to appreciate it, we need to understand how the G fund works:

But what happens to the old money and the new money if the G fund is no longer issuing bonds? As of
the end of November, the G fund held nearly $300 billion of TSP investor assets, about 40% of total TSP funds. What happens with all that $300 billion that is just sitting there in the fund waiting to be invested but no bonds are available to invest in?

Well, it just sits there as a pool of cash – a pool that the government has authority to claim as their
money. U.S. law authorizes the Secretary of the Treasury to suspend issuing additional amounts of
investments to the G Fund if investments cannot be made without causing the debt limit to be
exceeded. And, while suspended, the Treasury can take the G fund off the government’s books as debt owed, freeing up an equivalent amount of money.

As Treasury Secretary Janet Yellen said, she was using that authority, as well as other tricks involving the civil service retirement fund and others, to “temporarily provide additional capacity for Treasury to continue financing the operations of the federal government.”

Does that mean the government has just confiscated my G fund money?

Not really. Remember, no money is being taken out of the G fund. It’s just being used as accounting
technique to show that the government doesn’t have as much debt as they seem. (Understandably, TSP investors resent this, since the G fund is their money, not a government trust fund.)

Can I take money out of the G fund, either with an inter-fund transfer, or take a withdrawal?

Yes, you can move money from G fund to other funds. You can even take a withdrawal. This way if the
government ever really defaults, you at least got your money out.

I will need to take an RMD this year — how is that affected by the G fund suspension?

It is not affected at all. You still need to take your RMD based upon your year-end TSP account values,
including the value of your G fund.

Do I need to pay back my TSP Loans which are accruing the G fund interest?

Yes, of course you do. Just because the government can act irresponsibly, doesn’t mean you can!

Is the G fund no longer earning interest?

While suspended, the G fund will have a paper-performance, meaning, G Fund investors will essentially get a ledger IOU to get replacement bonds once the debt ceiling is extended. These paper-IOU bonds, will accrue earnings. Once the debt ceiling is raised, G Fund securities are reconstructed, and interest is paid, as if the suspension never happened.

What about the L funds that contain the G fund?

Same as above, the G fund will be made whole. Same with the G fund component of the L funds.

Can the U.S. Government ever default?

Well, yes – if they don’t have the money to pay their bills, and they can’t find any lenders, and can’t
print any more money.

If that happened, it would be uncharted territory. I’m not sure how one class of U.S. government bond-
holder (G fund) would have precedence over any other holder of Treasurys.

But if that happens, I think we have bigger problems than our G fund to worry about. Just think of your
pensions and Social Security, and the entire American economy.

Take Action:
Earlier I explained alternatives to the G fund, with higher returns, no fees.  There’s no reason to delay taking action.  Request a meeting today to explore these alternatives. Complete the form below.