Bottom Line:
There seems to be a slowing. This is not just based on 1-month metrics. The past 3-4 months have seen the economic indicators slow down. They are still positive, but not as robust.
Furthermore, the Fed is considering further interest rate cuts. They are trying to artificially stimulate something. I’m not clear on this yet, but it does suggest a latent weakness in the economy.
Furthermore, the real estate market is relatively slow. The month of August is usually the last big push in the Real Estate Cycle. We’ll see if there’s an uptick, but as of now the numbers are not supporting it.

You’ll see my posture is a bit more conservative. Just like last month – fewer portfolios and barely any G fund, but instead, the F fund. I believe this switch between G & F happened because interest rates have dropped so low, and because the stock yields are anticipated as being diminished, that the F fund is now needed to give a little boost. This is unusual, and I don’t expect it to last long.
No I fund – as usual (Thankfully).

I would suggest anyone who will be deriving income from their portfolio over the remainder of this year to proceed with caution.

If you are on the brink of retirement, consult with me before you position your TSP too aggressively. Email me stephen@stephenzelcer.com
Check out the 2 page report below.  DON’T JUST LOOK AT RATE OF RETURN. Always view the target return of each portfolio in context of its ranges of fluctuation. 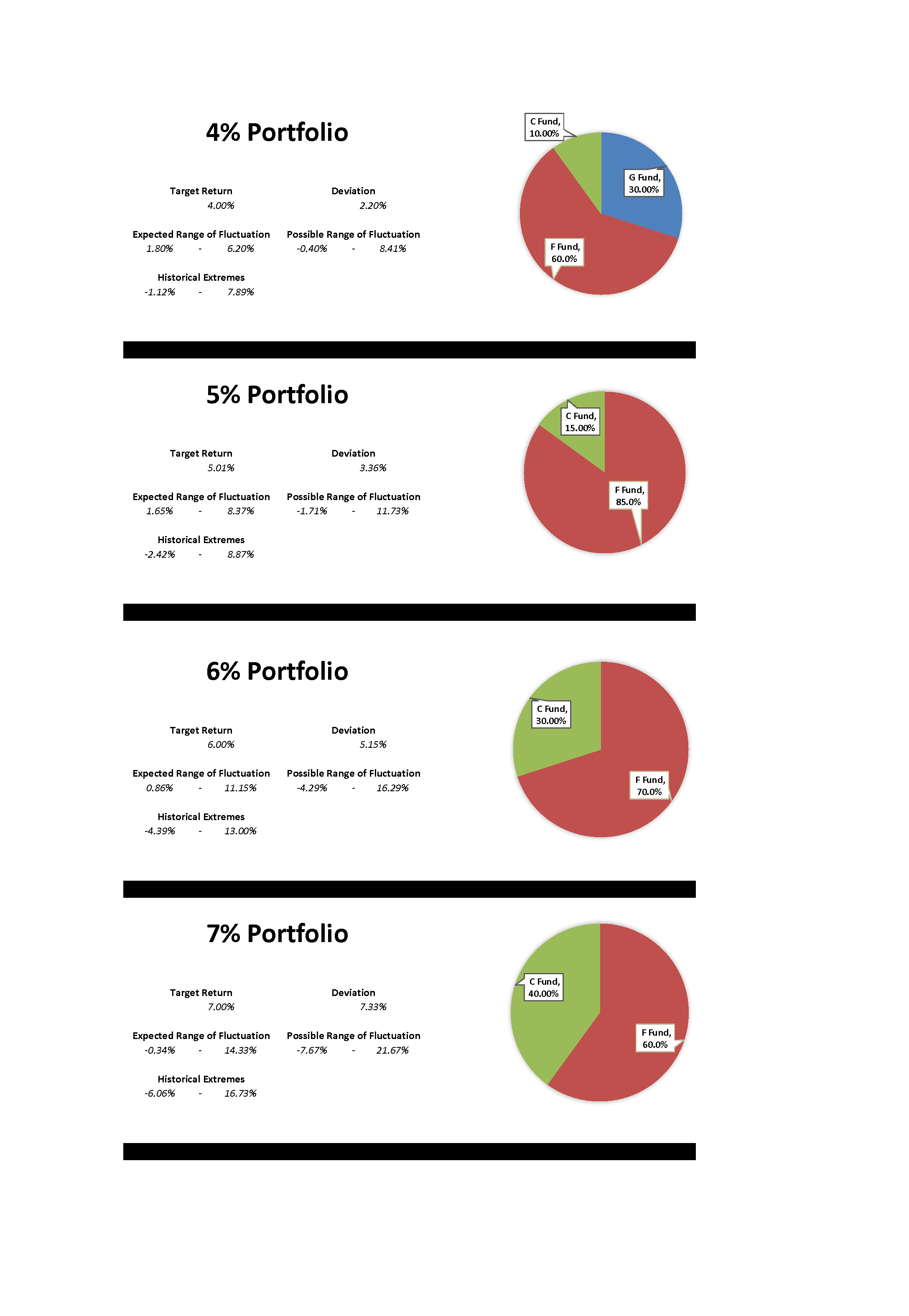